Yesterday, Sharon discovered that Fear Factor, the TV show was shooting part of an episode on the Ventura, California pier.  So, about 11:30 we head over to see what was going on.  The TV company had a ramp built on the pier and had a 4 wheel ATC sitting at the bottom of it.

Ramp and quad runner sitting on the pier 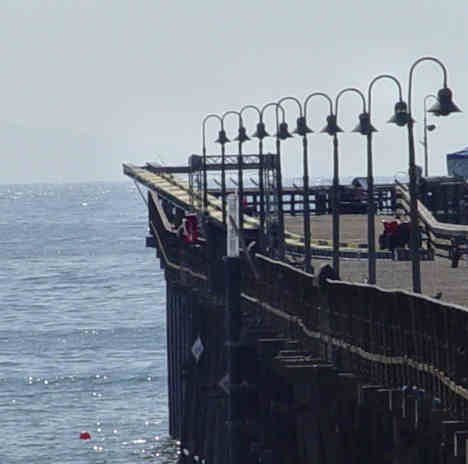 The object of this stunt was a team effort. One member flew in on a helicopter and was dropped at pier height into the water. That member had to swim under the pier, retrieve a set of keys and hook them to a line.  The second team member pulled the keys up took them to the 4 wheel quad runner and started it up. At the same time the helicopter dropped a line that was hooked to the harness of the ATC rider.  That rider had to ride the quad off the ramp.  The quad would fall into the ocean and the rider would be lifted by the line and harness up and out over the water by the helicopter.

Contestant at the end of the ramp (sorry, no close-ups & the pier was long) 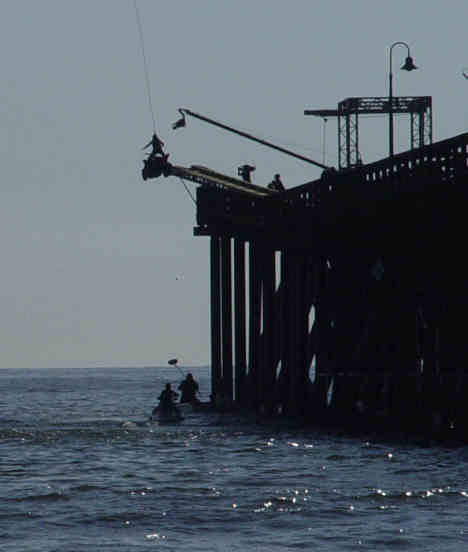 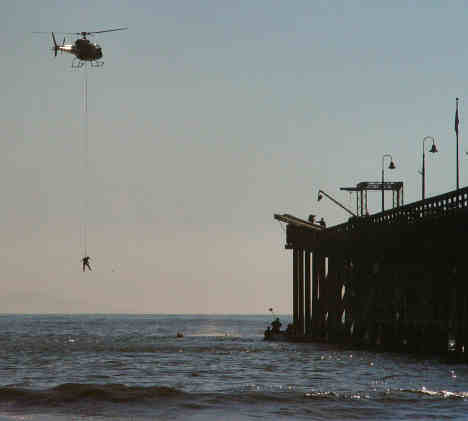