Cool Weather Here On The Coast

This morning I woke up and pulled a couple blankets over my body.  I often sleep out from under all covers, but it got colder last night. I asked Sharon if she liked sleeping in hot weather or our weather better and she said ours. I agree.

Sharon and I do not miss living inland where the temperatures have been over 100.  We get some humidity here by the ocean, but a humid day with 72 degree temperatures is hardly noticeable.

One of my hydraulic stabilizing jacks is a little sluggish going up.  I need to get under the Bounder and spray some good oil on each jack.  They go back up by spring action, not hydraulics, so it is just a sticking problem, I’m sure.  I will lower the jacks. Spray the tubes and all the joints and see if that solves the problem.

I think I have told you that we don’t have mosquitos here.  In five years on the coast I think I have heard or seen 5 to 10 of the beasties.  We do not have many bugs.  Yesterday was an unusual day.  I killed a black widow spider in the garage I was working in.  We don’t have many black widow spiders. Next, I saw a first since we moved to the coast. I saw a wasp. It was yellow and was long and lean.  I am glad we don’t have them here.

One of the things I used to do a lot of was animating inanimate objects.  I haven’t done any lately, but I have been thinking about doing some again. Here is and example I did. It is an Irish coin. 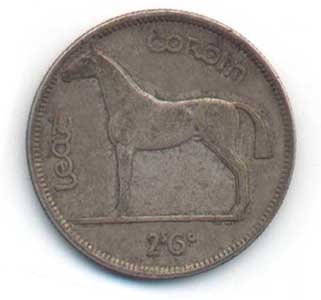 And After I played with it:

The second one is smaller in size, but the file is twice as big as the big coin.