I finally finished repairing my RV steps.  Remember when I bent them moving the motorhome with the door open and the steps extended?  Well, I finally decided it would be nice to have the bottom step attached again.  It just seemed like a low priority project.  I thought it would take 20 to 30 minutes, but like any job it took an hour to an hour and a half.

The repair was simple cut off the rivets that held the bend brackets.  Hammer the bent parts straight again.  Paint the hammered sections black again.  Drill a couple holes  larger so the shoulder bolts fit better and assemble the parts. 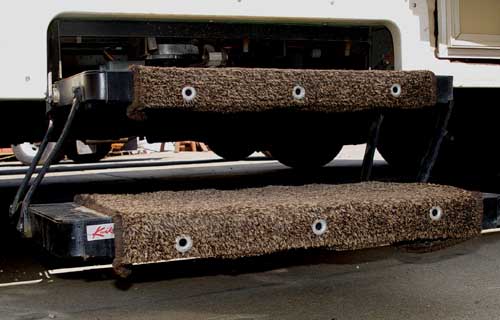 Of course it could have been much worse.  I could have had to replace the whole step system for about $350 instead of the under $15 for parts and paint it actually cost me.

I could have been unlucky like someone was in the picture below.  These steps are along the side of a building across the street. 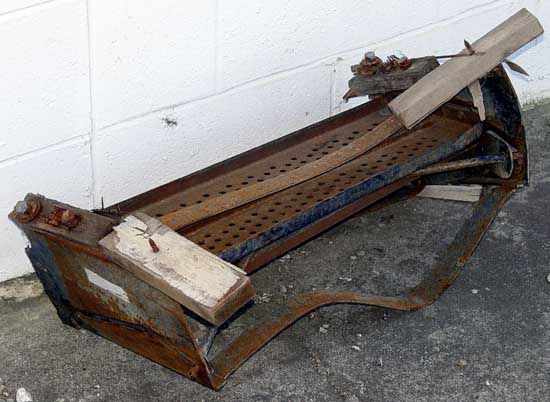