I made a homemade fire pit yesterday. We went to the harbor to a Boaters Swap Meet. I bought a round stainless steel BBQ for $5. This is a Magma marine BBQ that sells new for $140.  It was in very good shape.

Our next stop was a local nursery. I bought a bag of vermiculite for under $4. Vermiculite is what is used in the store bought propane fireplaces. 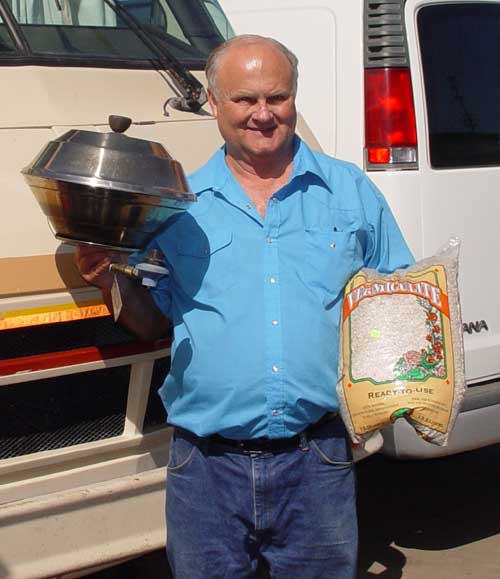 When we got home I disassembled the BBQ and sprayed it with oven cleaner. Two hours later I cleaned it up. There is still black on it, but no grease.

Camping World has a ready to go propane fireplace. Take a look at the link below