Late yesterday afternoon we heard on the radio that a tall ship had run aground in our local harbor, Channel Islands Harbor. We drove over and saw this: 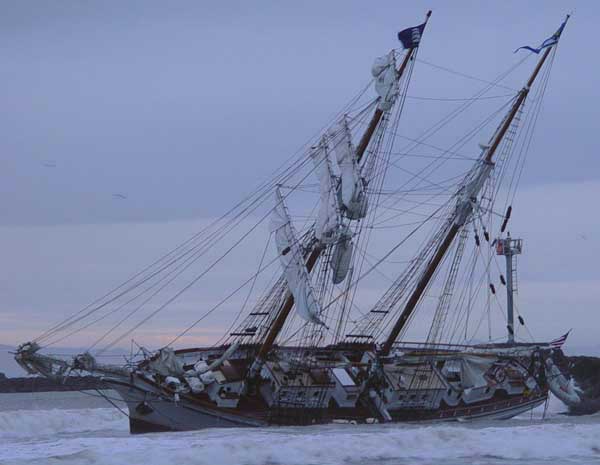 The ship hit an uncharted sandbar entering the harbor. Recent storms has shifted a lot of sand and the bar formed and the ship struck it. All 20 people aboard were saved. The ship will hopefully be pulled to safety at the next high tide.

Her crew were mainly young adults. The captain was possible mid-thirties. This happened yesterday between noon and 3 p.m. When we talked to crew members this morning they still had tears in their eyes over the loss. Men and women.

Current news story ABC news online There is also video in the article if you want to see more.